a few minutes away from where i live, there is a nature trail that passes through marshes and past abandoned rail houses. it's rather otherworldly; despite being so close to where i've grown up, the feel of the trail is very different from what i'm familiar with. every time i go, i bring a camera and a pair of binoculars-- there are quite a lot of birdwatching opportunities. i'm a fan of the incredibly uncool pastime that is birding, especially in this marshy area, where i can find the absolutely hair-raising, ancient cry of the sandhill crane.
during my most recent visit to the trail, i felt such a sense of ethereality that i had to try to record what i saw. i only wish i had a better camera lens to capture the birds. what's more, i wish i could share the sound of leaves rustling with animals, the sight of dark skies in one direction and streaks of sunlight in the other, or the feeling of wind opening up my lungs. 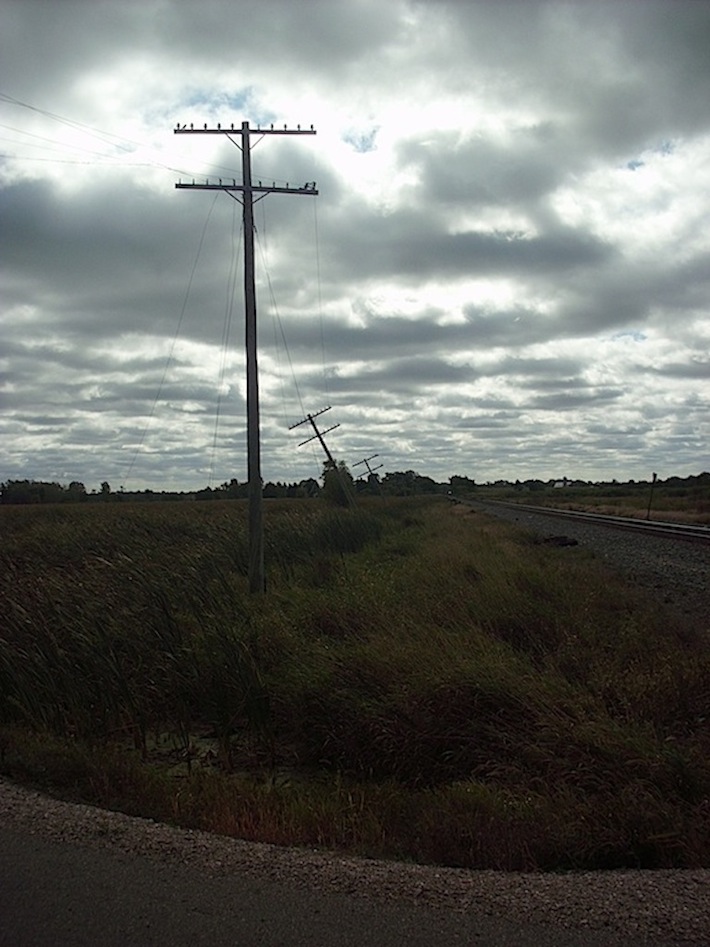 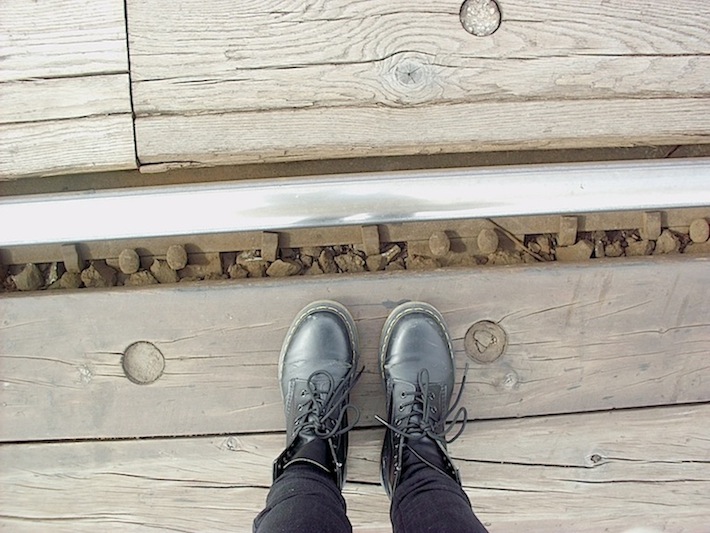 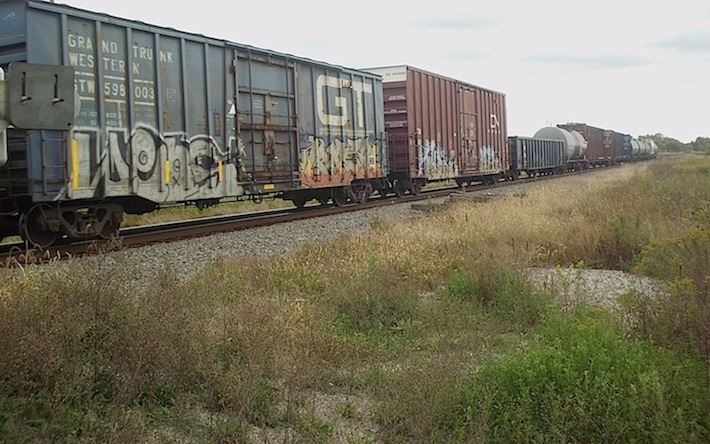 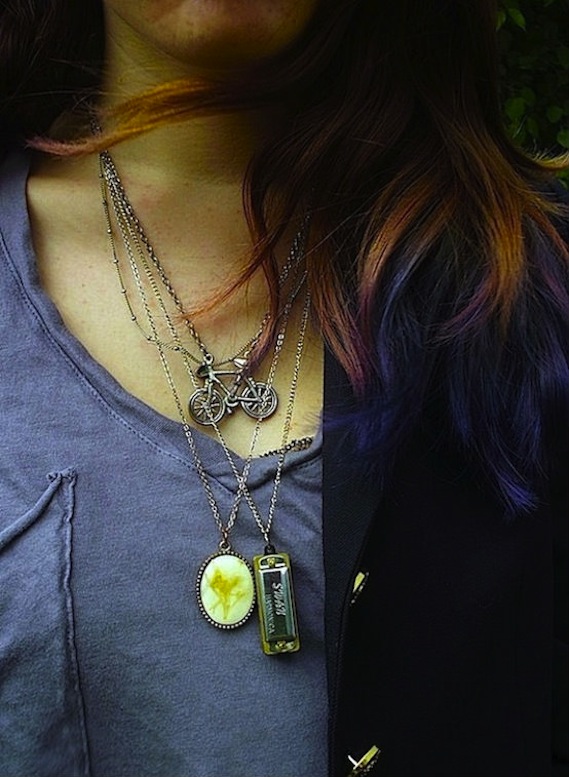 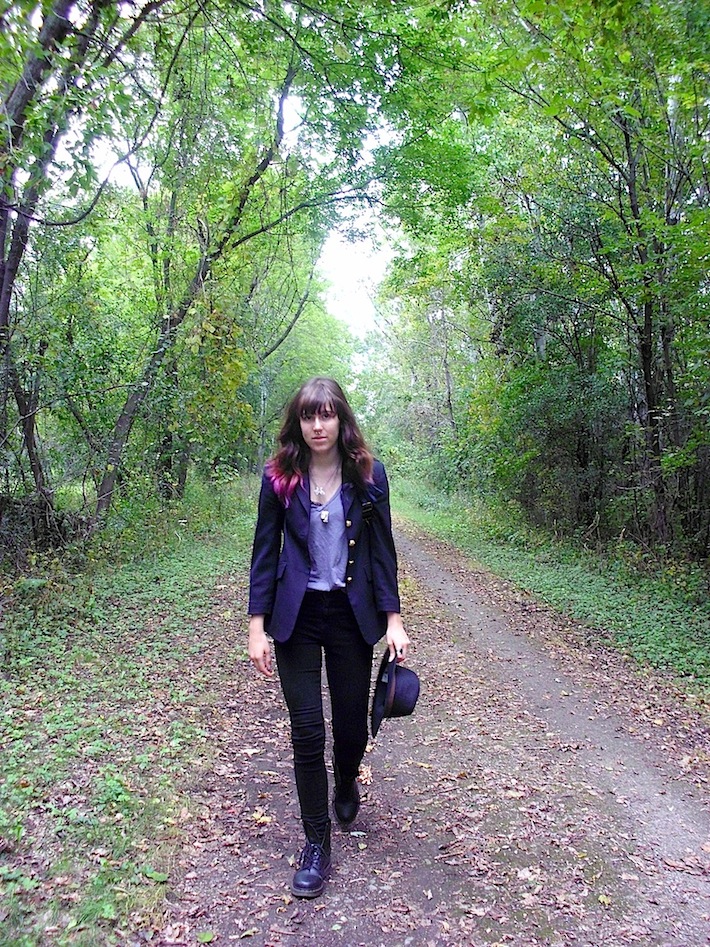 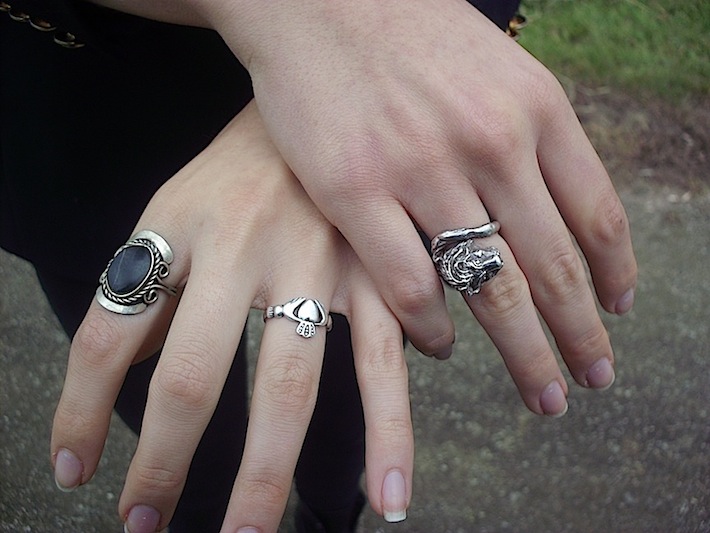 i'm ill right now, but in my waking moments, i'm studying fashion with new vigor. i'll be posting about it soon.
hype me
at 5:35 PM 3 comments:

after a turbulent sleep schedule, i finally took a full twelve hours to catch up on the rest i've missed. i got called in to work this morning to take over a shift for my coworker who's ill, which was perfectly fine because i didn't have so much on my plate today in the first place. i'm working on doing some headshot sketches of some favorite models as a focus on beauty, but other than that, i'm taking a couple of days off from art research and planning. i'll be posting some artwork soon, so keep an eye out for that. 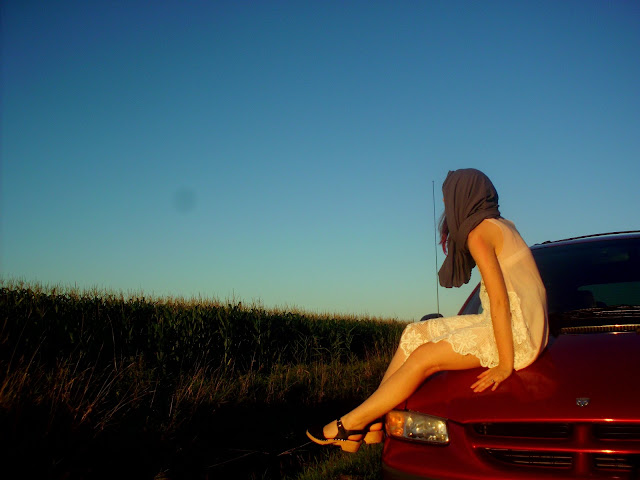 work has turned into a place filled with busy tasks and coworkers who are beginning to feel like good friends, and even though i feel overtired at times, i'm so grateful for the experiences i'm gaining. i feel as though i'm becoming more prepared for taking flight and living on my own.
on the other hand, i absolutely need to see some people outside of work, and i need a miniature road trip. i feel slightly socially starved once again, and i want that heart-flying feeling of Going Somewhere.
sometimes, i feel as though i'm just running from myself. moving moving moving.
i'm somewhat afraid to see what will happen if i pause for too long.
as a last note, i've been watching new york fashion week's results like a hawk, and i am extremely pleased with some of the collections. more on that later.
in the meantime, hype me!
at 7:13 PM 4 comments:

i went out for a shoot last night with ashley nicole meyer, half of a photography duo i'm going to feature soon. we went half an hour away and framed up pictures behind an old warehouse and took a couple of shots around the city, but there may be plans for more photos in an abandoned house off the highway not far from where i live. there's a bit of a car graveyard nearby, too, so it should be interesting. i know i'll at least be going back!
work has been great, hardening my nerves as it should; a woman and her daughter walked past, and the girl kept commenting on how ugly the window displays-- which i set up-- were. her mother just nodded along. i realized i'd gotten enough of a range of criticism and compliments from all sorts of folks that it didn't matter. of course, i still grumbled about it, but the word No towards any form of my art is phasing me less right now.
on another note, a huge windstorm hit my town, taking down chunks of rather sturdy trees. i was sitting in the middle of my bed when i heard a noise that sounded like a bird crying out, and when i rushed to the window to find where the bird might be, my eyes widened quite a bit upon finding that a sizable tree in the front yard had essentially cracked in half. 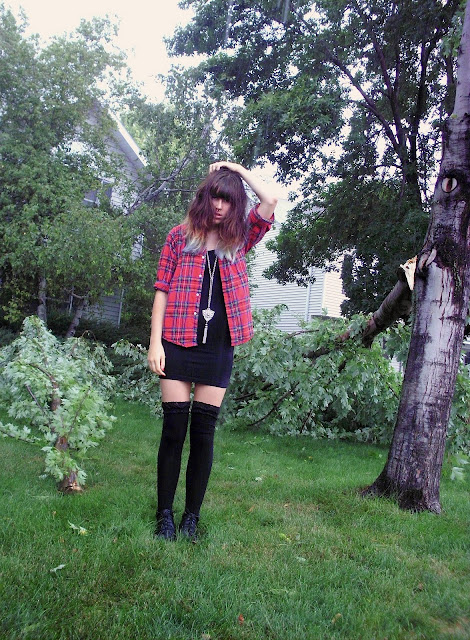 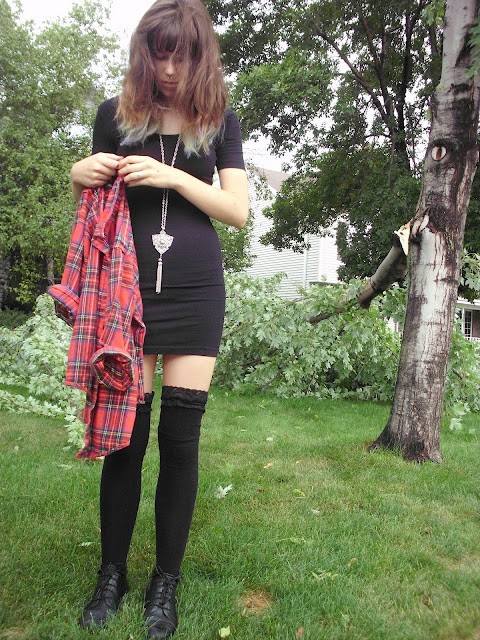 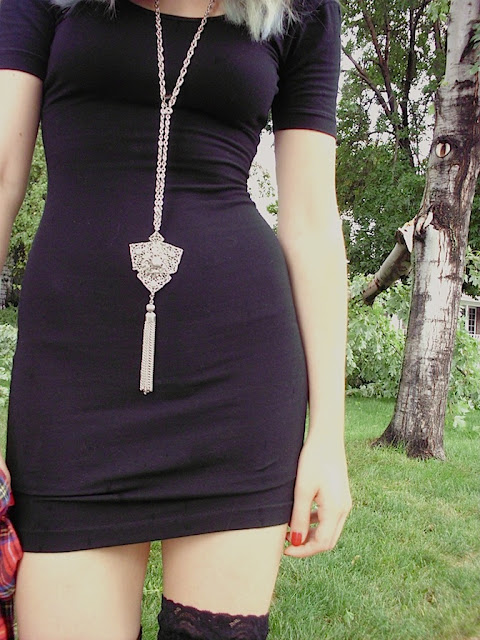 i'm currently drinking quite a lot of coffee in preparation for... not a lot of physical movement, really. today kicks off fashion week, and i want to be as involved as i can through the internet as i'm not able to get to any actual cities for fashion's night out.
for those of you who aren't familiar, anna wintour-- chief editor of us vogue-- kicked off the first fashion's night out in new york city when the stock market crashed. the idea was to buy a dress, a pair of shoes, even a tube of lipstick... anything to support the industry. it was hugely successful. it was so successful, in fact, that fashion's night out not only continued annually, but also spread to other fashion capitals, followed by smaller cities. last year's new york's night out was recognized as the biggest public fashion show in the city's history. let's hope wintour and her posse can top that this year.
if you like what you saw here, hype me!
at 9:08 AM 3 comments: 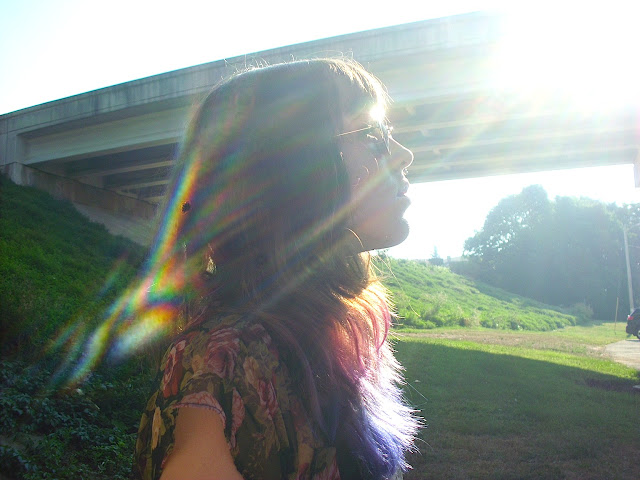 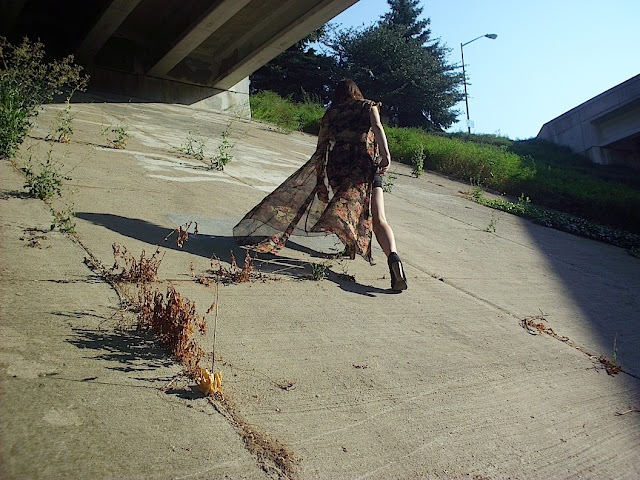 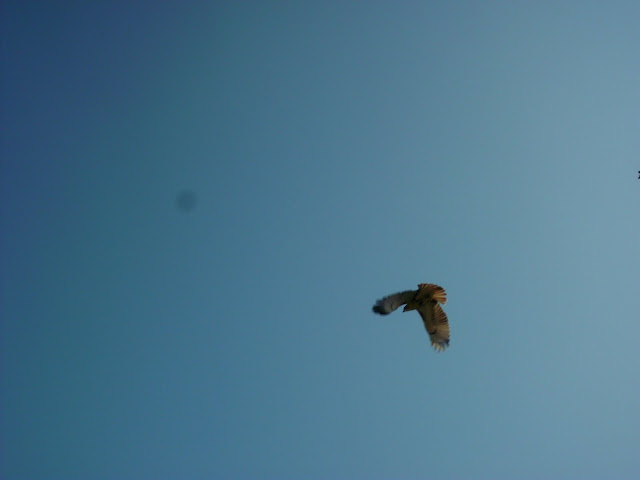 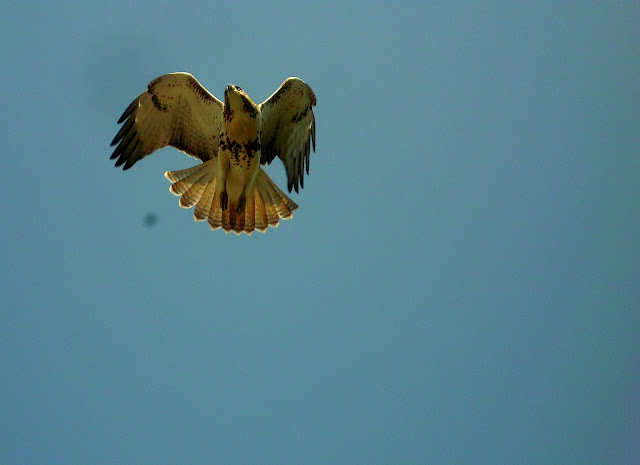 so much work and so little time. i'm getting tired quickly, but i'm almost certain it's overall beneficial for me to keep going at the moment. more posts soon.
go to my lookbook to see the full outfit from above, and hype me if you like it!
at 9:24 AM No comments: