previously, i wrote that i don't pick out whole collections and dub them incredible-- that i'd spring to certain garments and obsess over those instead-- but there were a few collections on the spring/summer 2012 catwalks that stood out in their entirety.
one was prabal gurung. with rorschach-like explosions of violet and turquoise on many pieces-- added to ridiculously exaggerated sixties-style sunglasses and a punch-pink lip-- this runway grabbed my eye immediately. 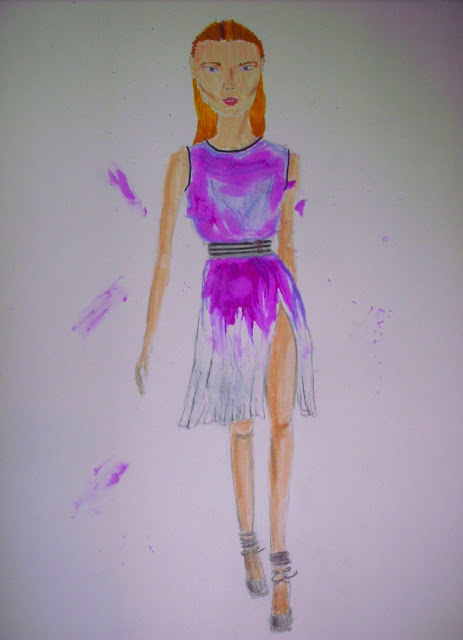 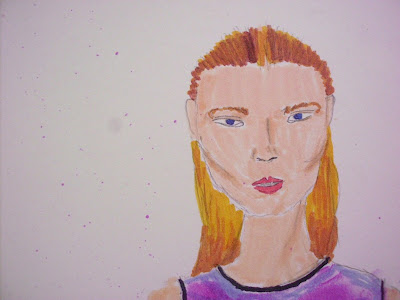 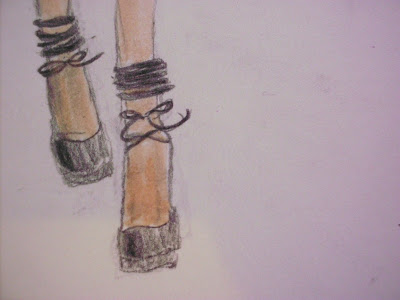 in my experiments in drawing, i learned how difficult it is to recreate the satiny sheen of the dress-- i used watercolor paints in unconventional ways, pencil, pastel, and ink from a broken pen in my attempts. i'm bent on finding a better way to bring across that particular glossy look. it might even be best to use negative space: perhaps i just need to learn how to work with the ink around the negative space to get the best effect. when i do, the dimensions of the dress will pop tenfold.
another collection i was wholeheartedly in love with was ashish. it erred on the side of being typical for spring-- florals all over-- but it took on a nineties flare and then put a twist on the whole mashup. sequins were added to shifts. moody makeup was paired with long, whimsical braids. to top it off, the floral theme was unexpectedly switched up when designer ashish gupta came up with the brilliant idea of twisting actual flowers into the laces of his models' combat boots. with fake flowers, the concept is pretty practical for those more daring in the fashion world. 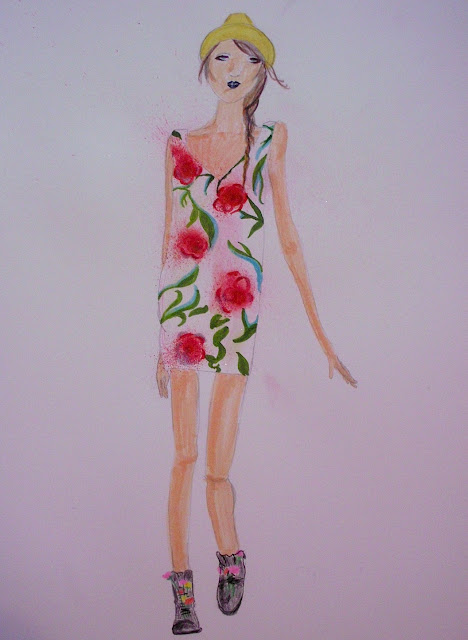 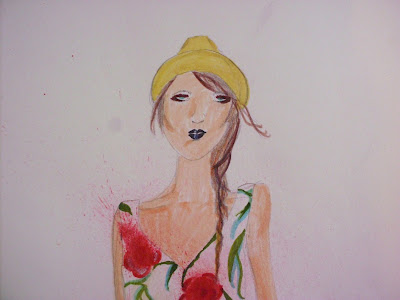 appropriately, i used blo-pens to put some of the finishing touches on this drawing. i felt i should use nineties art supplies for nineties-inspired clothing. a small amount of glitter was also used in addition to my usual gamut of drawing materials.
the last collection i have yet to draw from, and that is that of gareth pugh. the gothically-inclined genius created white and black cage dresses and over-the-knee boots that have so many lines they require an almost mathematic understanding to recreate on paper, so it will be a challenge, but i'll be posting the results as soon as i'm done.
at 10:35 AM